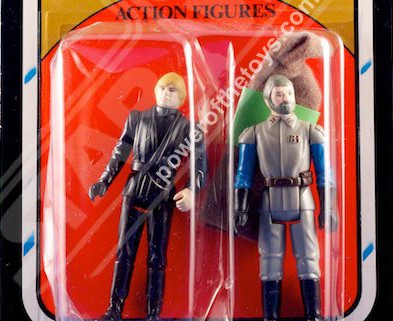 I started 2013 off with another item that I’ve wanted for a long time. My basic understanding of the story goes, Kaybee ended up with a lot of overstock Star Wars figures. In this case, they and not Kenner, had these generic cardbacks made and packaged 2 figures together in a unique 2 pack bubble with one section being larger to accommodate bigger figures. The back was simply blank instead of showing pictures of the other toys like the Kenner cards. Based on the price stickers I’ve seen, these were initially $1.99 a piece to begin with. The majority of them are usually missing their accessories, but in the case of Luke Jedi it seems most of them were at least packaged with the cape.  The bubbles on them are also very fragile and I’ve yet to see one not dented, but somehow they seem to withstand cracks. I would imagine they were even delivered damaged to the stores from the factory that assembled them. There are a few combos that I’ve seen with Luke Jedi. In this case he came with General Madine. 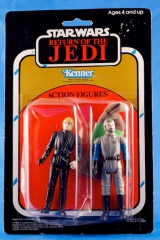 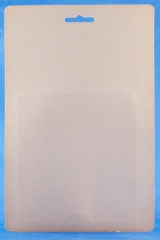 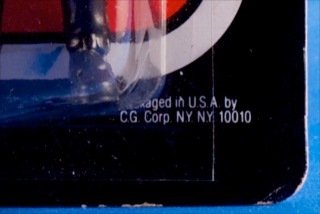