One fun thing with a figure focus that some people do is find other figure related items to pick up. I already had the Kenner Desert Sail Skiff, but have always had the Trilogo version on my want list. I also preferred the photo of the box on the Trilogo version and it also doesn’t have the flap to get bent up like the Kenner version. The opportunity finally arose, when another collector contacted me, saying that he wanted to let go of one of his sealed examples. It’s not incredibly difficult to find a sealed Trilogo example, but this one was more special because of a sticker on the box. Instead of making up their own packaging, the Swedish distributer of Star Wars toys, Playmix, imported the toys from wherever they could find. I think they figured, and I agree, that the image on the box/packaging was good enough to sell the items to kids and it would be cheaper for them as a distributor as well. However, most of the photos also showed the figures in a play scene, so obviously if you couldn’t understand the box text you’d think they could also be included. In order to resolve this little issue, Playmix affixed stickers on the box that said the figures weren’t included. This example also comes from the original owner who bought it from the store that had some leftover stock. 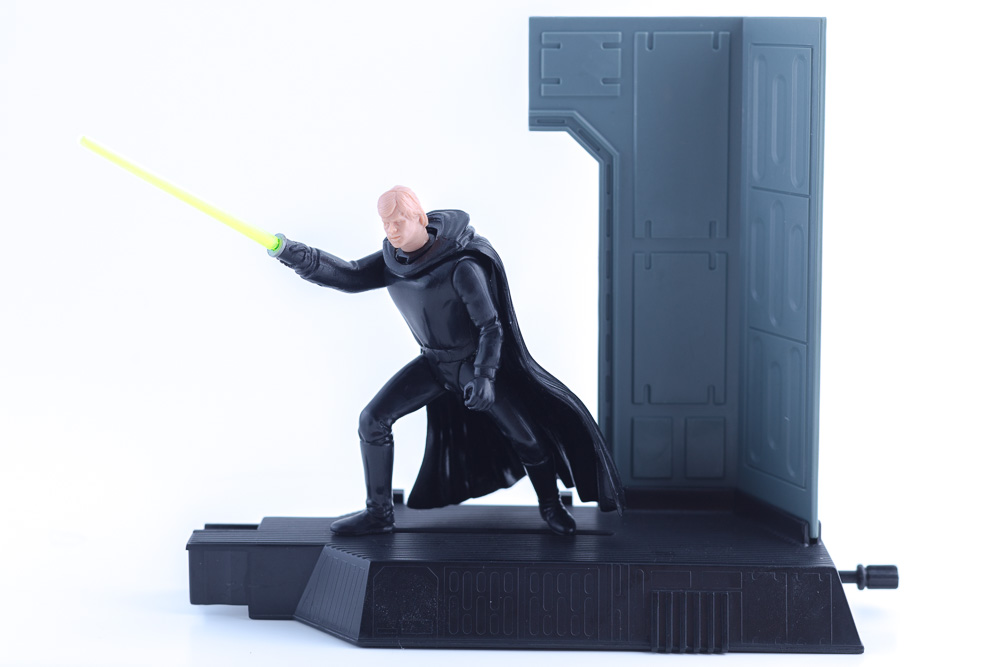