I always like to check out The Earth Toymall website to see what’s new. The really cool thing about The Earth, is they are located right in Cincinnati Ohio, where Kenner’s headquarters was located. Because of this, they get many items from time to time from former employees. Well last week they got in a batch of reference photos, that the Kenner designers would have used to get an idea of how the characters looked for their merchandise. They luckily happened to have 3 of Luke Jedi, but I decided I only needed one. On the site it mentioned that some of the photos had this sticker attached on the back. Mine arrived last Friday and unfortunately it didn’t have the label. However, it was stamped LFL 1982 on the back, which is a year before Return of the Jedi came out.
I picked this photo because it is near the beginning of the film and is closer in time to the scene photo shown on the cardback which also takes place in Jabba’s Palace. Also, it is an alternate angle from anything seen in the movie. Most of the clips shown in the movie of Luke talking to Bib Fortuna are a medium close up. The photo is also scratched in two places, so they could not be reused for publicity purposes. For anyone interested you can view all the photos that were available at http://theearthtoymall.com/lureph.html Most are sold, but they do still have a few available. 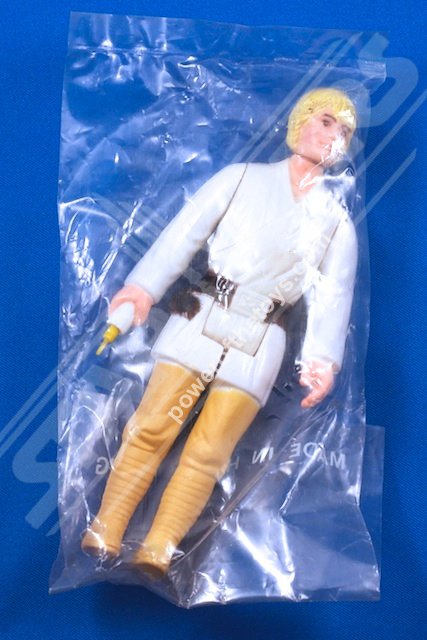